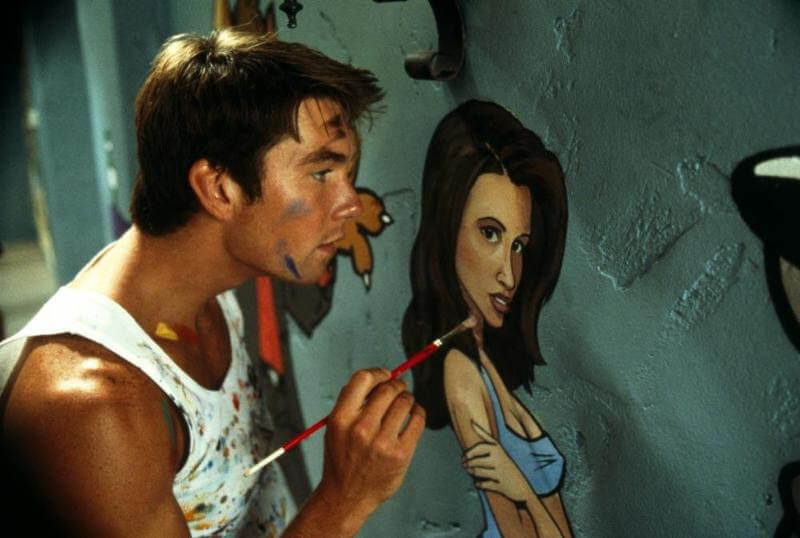 We were rummaging through George’s hard-copy portfolio, and found a slew of photos that showed his hand-painted work for the 2001 romantic comedy, Tomcats. We scanned them in and thought we’d share them with you digitally.

The main character in the movie, (played by Jerry O’Connell), was a struggling cartoonist and throughout the film you see many hand-painted, funny cartoons on the walls of his home. Indeed, George painted every one of these. At some point, the main character paints his love interest (Shannon Elizabeth) as a cartoon on the wall. Again, this was all George’s work! Read George’s story below! 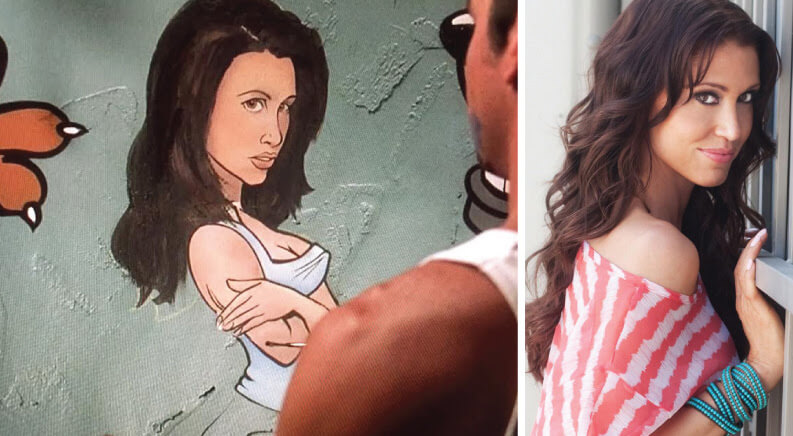 George’s story:
“Yep, I painted a picture of the ‘love interest’ for this movie in four different stages on sticky-back material so that they could show him painting it over a few weeks’ time. That’s my paint brush and I was there with Jerry talking about it. I put thepaint on his t-shirt and he helped me put the first “partial face” on the rough wall. He was excited about how we were making it look as though he was reallypainting it on.  I had painted all the other stuff including the fireplace the previous 3 days.  I painted her from a photograph that I was given by wardrobe,
2 hours before they filmed. They only told me that I would have 10 minutes between each shot to get it painted on, but that they wanted it very detailed. So my solution worked out very well actually and they were impressed with how I pulled it off.”  – George Collins 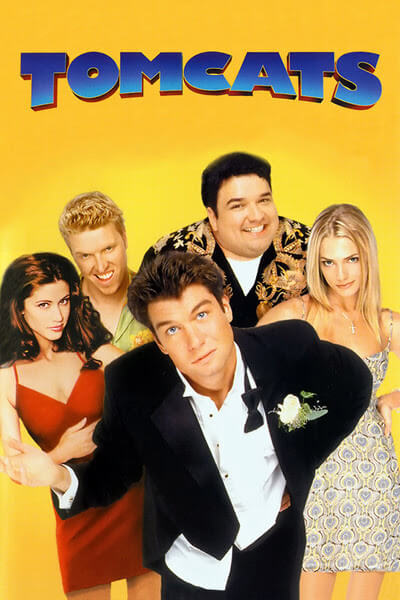 This romantic comedy in the vein of There’s Something About
Mary and American Pieconcerns the story of Michael
Delaney (Jerry O’Connell), a struggling cartoonist who makes a bet with seven buddies over who will be the last to marry. Several years later, the pot has boiled down to two: Michael, who is battling gambling debts in Las Vegas, and diehard bachelor Kyle Bremmer (Jake Busey), who is a self-proclaimed ladies’ man. Michael tries to get Kyle to wed within 30 days in order to rescue himself from financial turmoil. When Natalie (Shannon Elizabeth) enters the picture as Kyle’s new intended bride (as set up by Michael), she and Michael end up falling for one another, setting up a competition for her affections by the two men. 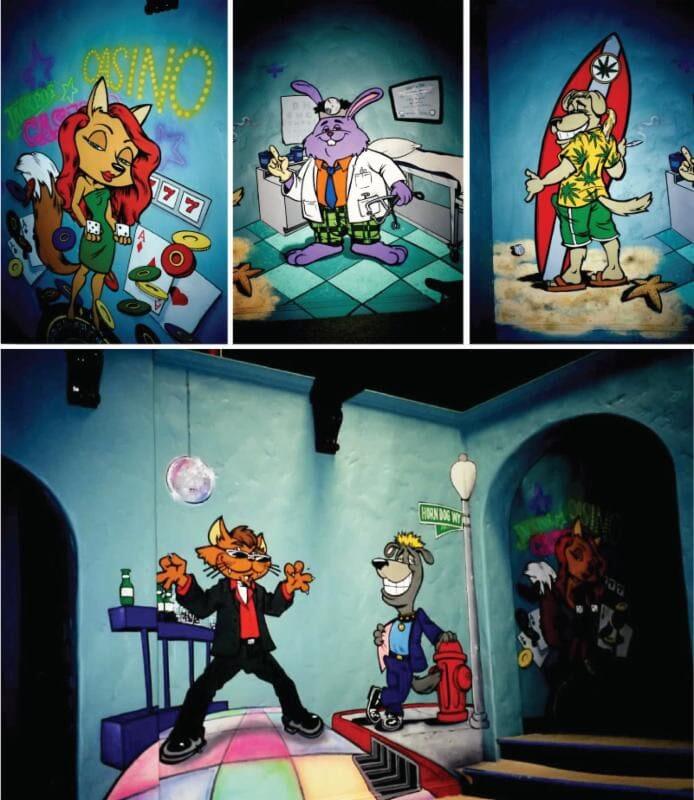 Our client, Susan Bolles, has her photograph series featured at Gallery 825. We printed this…

Flashback: Behind the scenes with Sheryl Crow & Stevie Nicks