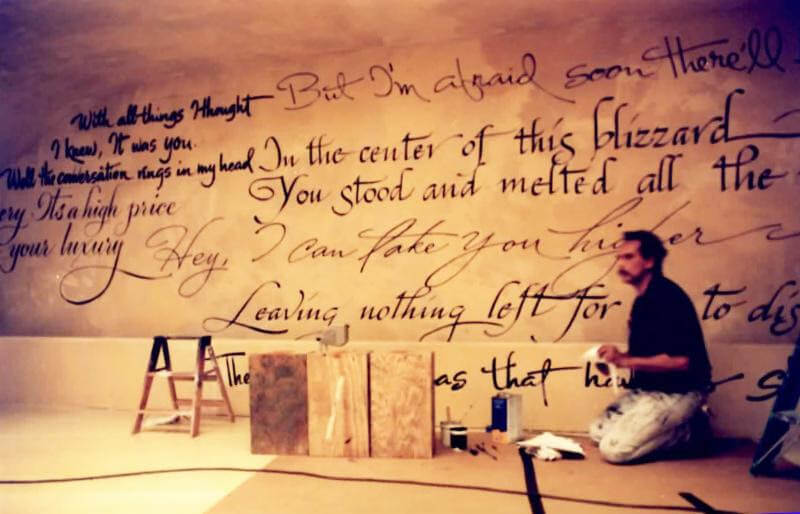 BEHIND THE SCENES BY GEORGE
This photo shows a small part of the walls and ceiling in the room where a Stevie Nicks / Sheryl Crow music video was being filmed.
Oddly enough there were only vague ideas for what was to be painted on the walls but nothing specific or approved. I had a notebook with about 20 pages of song lyrics but no additional data, so at last when I had no other options I just painted on the lyrics that I liked the most. (I painted all the graphics on 5 major walls in 3 hours, extremely fast.)
Stevie and Sheryl were around, in makeup or rehearsing and I finished painting everything at about 2 AM. At one point when Sheryl was taking a nap on the couch, Stevie came up to me and in a slightly serious manner asked me who had picked out the painted lyrics. Man, was I up against the wall. So I just told her the truth, that it was ME. She replied, “Those are my favorite lyrics too,” with a great smile. Boy was I relieved.
– George Collins

Our client, Susan Bolles, has her photograph series featured at Gallery 825. We printed this…